THE EMIR OF KANO MUHAMMADU SANUSI II ON NDIGBO 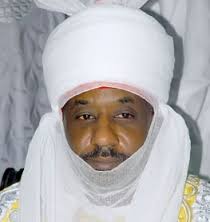 "The Igbo people of Nigeria have made a mark in the history of this nation. They led the first successful military coup which eliminated the Military and Political leaders of other regions while letting off Igbo leaders. Nwafor Orizu, then Senate President, in consultation with President Azikiwe, subverted the constitution and handed over power to Aguiyi-Ironsi. Subsequent developments, including attempts at humiliating other peoples, led to the counter-coup and later the civil war. The Igbos themselves must acknowledge that they have a large part of the blame for shattering the unity of this country.
Having said that, this nation must realise that Igbos have more than paid for their foolishness. They have been defeated in war, rendered paupers by monetary policy fiat, their properties declared abandoned and confiscated, kept out of strategic public sector appointments and deprived of public services. The rest of the country forced them to remain in Nigeria and has continued to deny them equity.

The Northern Bourgeoisie and the Yoruba Bourgeoisie have conspired to keep the Igbo out of the scheme of things. In the recent transition when the Igbo solidly supported the PDP in the hope of an Ekwueme presidency, the North and South-West treated this as a Biafra agenda. Every rule set for the primaries, every gentleman´s agreement was set aside to ensure that Obasanjo, not Ekwueme emerged as the candidate. Things went as far as getting the Federal Government to hurriedly gazette a pardon. Now, with this government, the marginalistion of the Igbo is more complete than ever before. The Igbos have taken all these quietly because, they reason, they brought it upon themselves. But the nation is sitting on a time-bomb.
After the First World War, the victors treated Germany with the same contempt Nigeria is treating Igbos. Two decades later, there was a Second World War, far costlier than the first. Germany was again defeated, but this time, they won a more honourable peace. Our present political leaders have no sense of History. There is a new Igbo man, who was not born in 1966 and neither knows nor cares about Nzeogwu and Ojukwu. There are Igbo men on the street who were never Biafrans. They were born Nigerians, are Nigerians, but suffer because of actions of earlier generations. They will soon decide that it is better to fight their own war, and may be find an honourable peace, than to remain in this contemptible state in perpetuity.
The Northern Bourgeoisie and the Yoruba Bourgeoisie have exacted their pound of flesh from the Igbos. For one Sardauna, one Tafawa Balewa, one Akintola and one Okotie-Eboh, hundreds of thousands have died and suffered.
If this issue is not addressed immediately, no conference will solve Nigeria´s problems."
Biafra Chief Chukwuemeka Odumegwu Ojukwu Conspiracy Economic and Political Exclusions Emir of Kano Muhammadu Lamido Sanusi General Gowon Marginalisation Ndigbo Northern Nigeria Southwest Nigeria

ţ said…
I believe this is the actual truth and I trust the integrity of Emir Sanusi. Nigerians need such leaders to correct wrongs of the past

Anonymous said…
Like Sanusi, like El Rufai. Am yet to see an Honest Northener saying the truth. Imagine calling Igbos "Foolish" and we are praising him? Disgusting.
Igbo's have become an issue for political merchandising an grandstanding.
Earlier it was Fayose speaking for us, Now Sanusi (who has little morality and intergrity from his outing as CBN Gov).
I dont blame them, as our so called "leaders" are busy hiding their tails between their legs for fear of Efcc and co.
Sanusi's bottomline, though laced with contemptous riducule, is an old truth.
16 July 2016 at 18:04