ETHNICITY AND THE HATE CULTURE 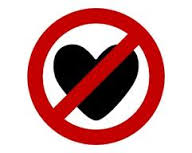 The discuss in recent times in Nigerian political arena has thrown up so much subjects ranging from scarcity of resources, insecurity, agitation for self determinations and resources control. Just recently the appointments of Nigerians to certain public offices provoked comments and insinuations.

I have made patriotic efforts to avoid unnecessary controversies and comments on subjects of this nature due to my understanding that the advocates of the ethnic politics, gain adherents no matter the side we approach such volatile subjects. Ethnicity, distrust and hatred is gaining deep roots in the psych of Nigerians and hardly do any day pass without situations pointing our national identity and unity strongly in this direction

It is however humbling to admit that the political actions of our leaders over the years have plunged our collective reasoning towards ethnic consciousness. The administration of the resources and distribution of duties are escalating discussions and portraying the political decisions and actions as being insensitive to the ethno-religious leanings of Nigeria. The ethnic consciousness is being re-enforced by activities of sponsored militias and ethnic agitators who depends on the negative media from these social predators to argue their points. The evasive and faceless predators have effectively leveraged on the dichotomy and diversity of the nation as well as the explosive politicized religious institutions to perpetuate their clandestine agendas and thanks to the media which serves as easy accomplice and tool under their financial muscle. The victims remain innocent and resources full Nigerians who do not suspect the primordial enterprise of these few enemies of the Nation.

History can be a painful reminder of cruel actions and as such reactions are inevitable. The concept of Federal character as a administrative system in Nigeria and mode of resource distribution will continue to provide opportunities for manipulation of Nigerians by unpatriotic politicians. Such systems I sadly admit despite all the explanations is fanning the ambers of inequality, insecurity and tribalism in the administration and policy thrust of the government. The common man on the streets becomes pawns in the hands of ethnic political advocates. It is very dishonest for anybody to expect that ethnic sentiments will not be aroused by actions that tends to relegate other geopolitical groups from policy formulation and decision making portfolios.

Nigeria shall be truly independent on the day we put human worth and collective public interest as basis for the appropriation of national human and material resources. But without a radical shift from such divisive approach to national administration and equitable resources management, the total destruction of the entity called Nigeria is only a matter of ticking seconds. My sympathy goes to those designated by the misfortune of wetting the soil of Nigeria with their blood as a result of the excesses of the "politicized and cash and carry" security establishments.

MERIT MUST NEVER BE SACRIFICED ON THE ALTER OF POLITICAL PATRONAGE, ETHNO-RELIGIOUS SENTIMENTS OR FAVORITISM