June 20, 2016
Evaluating the threats to our national development 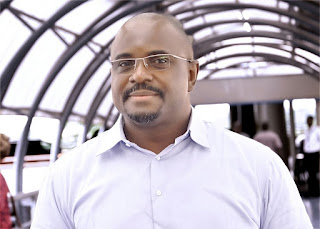 A lot has happened and have continued to happen. To observers of the Nigerian political and challenging economic travails, there are too many concerns and these are deepening by the day.

We barely paid put to the menace of Boko Haram in the North East then came. The faceless herdsmen across the middle belt and southern Nigeria. Then voice of the Niger Delta Avengers and recently the attempt by some religious bigots to escalate the anguish of the nation by beheading an innocent woman on false allegations of blasphemy. Of course I deliberately declined to mention the mindless massacre of unarmed youths in Anambra and Delta states by armed soldiers and police. Domestic murders of husbands and wives as well as children. Heart wrecking heinous crimes. One wakes up to news of carnage and destruction everywhere.

We may place the blame on security however it is my thinking that these are not uncommon developments. It brings to the fore the values and absence of any sense of obligation in maintenance of Law and Order. Our moral score card has depreciated so low as a nation has never been impressive and one keeps wondering why.

The culture of impunity permeates our society by the day and unacceptable norms are today celebrated as noble and honorable accomplishments. Stealing and abuse of public resources has become so enviable such that society deride upright and prudent stewards as fools.

Let me make my point. When you interact with average individuals in in public service and uniform agencies, one of the obvious issues that will bug your mind is their rude sense of contempt, apathy disregard for service ethics, contempt and a constant air of insecurity, emotional imbalance and disaffection readily shows you what is called the "Nigerian spirit" towards their job and Nigerian people. We conduct ourselves like opportunists and taking every opportunity to exploit and extort as well as vent our frustrations on the innocent members of the Nigerian society. We have outright disrespect for lives and this informs why an average Nigerian in public office and uniform agents no matter the color so long as he or she is associated with security tries to exploit and abuse the privileges of Nigerians.
This tells a pitiable story of the psyche of the average Nigerian. We have lost absolute confidence in the government, law, order and nationalism.

The generation behind us may not put up with this obsolete and disgusting non functional public authorities and institutions but may attempt to completely do away with them and whatever reminds them of their existence. They are most likely to show intolerance for each other just like we are witnessing with Boko Haram, IPOB, Niger Delta  Militia and the Fulani herdsmen. When spiced with ethnicity and religious fanaticism, the worst could happen to this fragile and dilapidated Nigerian structure. I pray that these agitator and ethnic crusaders shall not make good the threat of turning against our leaders as most of them have not only disappointed the younger generation but defrauded and enslaved their future and prospects of a greater Nigeria.

Leaders must do their work today to assure the Nigerians of tomorrow that there was once a healthy and prosperous Nation called our town. The followers must in give their loyalty to justify the sacrifices of the Leaders. A nation is not the exclusive creation of leaders rather that of patriotic leaders and dedicated and honest informed followers. A situations where the leaders knows that they are disposable and replaceable from the people they lead is what I believe can reverse the scarcity of quality minds in the corridors of power.
Agony and pains Corridors of power DEVELOPMENT Economic Desperation Nigerians People Social Disorder Society Threats Travails