BEYOND FULANI HERDSMEN AND OTHER ARMED CRIMINALITY 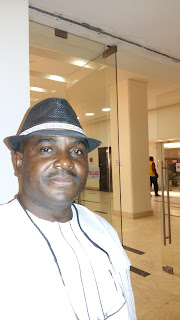 The recent slaughter of innocent and unarmed Nigerians in their homes and communities is not only alarming but despicable. It has assumed the status of anarchy and terror while raising serious questions on the actual security and safety in Nigeria.

While I may not be privileged to have all the details, it is nonetheless extremely worrisome that some bandits are acting in a fashion that projects the image of the government and security agencies negatively and inciting contempt for the institutions of government.

There is no sane explanation to any Nigerian why we are comfortable to allow the branding of Fulani herdsmen with crimes of the magnitude as is being reported in the media. The Fulani herdsmen known to our communities have co-existed with their hosts for many years. They were not known to be hostile guests despite some flash of conflicts arising from grazing. And we now wonder why suddenly the terror groups are branded Fulani.

The security agencies are also exhibiting a worrisome dimension to this whole development. It beats sane reasoning and judgment that a nation which outlaws private ownership of firearms could condone the movement of herdsmen with arms over the years despite reports of severe threats to lives and properties exhibited by cattle rustled and herdsmen.

Nigeria today without prejudice, in my opinion, is among the most unsafe nations in the world. The security agencies have lost the capacity and capabilities to contain lawlessness. This is largely due to their unprofessional affinity with the despicable political class and very questionable wealthy mementos of our society. These so called political class are made up of individuals with criminal tendencies and offenders who have found succor in politics and make a living from lawlessness while enjoying the privileges due to public officers. The second group are wealthy individuals whose only qualification is their capacity to buy the services of the armed security officers and their superiors.

The security officers drafted for VIP protection duties ultimately compromise their status and lose the discipline and ethics of service. Most are used as personal assistants, house boys and maids, thugs and worse still extreme accessories to lawless conducts. They are the first to rise in defense of persons whose conducts violates the norms of the constitution and laws of the land. It is shameful that we are allowing ethnicity and religion to influence our patriotic values or else no Nigerian or anybody should under any pretense subscribe to the form of lawlessness we are witnessing in our country. These ranges from abuse of public office to breach of law and order. The beneficiaries assume that such is a show of worth and exhibition of their reputation. Any Nigerian in possession of firearms as against the requirements of the law is a criminal and the security agencies by the constitution and laws establishing them are under obligations of duty to apprehend them and protect the society in general. These includes armed security agents drafted to private protect of persons and not people and society. Some personnel of the security services are often alleged to be accomplices in these crimes and that makes prosecution of breach difficult if not impossible.

The impunity of law breakers encourages the waste of lives and properties being witnessed today. The infiltration of our security services and accommodation of officers whose allegiance is not to serve and protect Nigeria but rather directed at individuals, religion or ethnic considerations is the breeding ground for worse threats to the existence of order and safety to Nigerians. We must therefore raise the bar and challenge the rot. The status quo must not favor the unpatriotic lots and enemies of our corporate existence, faith, unity, progress and prosperity.

NO NIGERIAN IS SAFE NO MATTER HOW MUCH YOUR PERSONAL FORTIFICATIONS WHEN THE CITIZENRY LOOSES CONFIDENCE IN THEIR LEADERS AND PUBLIC ADMINISTRATION. CASUALTY WILL BE RECORDED ON EVERY SIDE AND THE ENTIRE SOCIETY WILL CEASE TO FUNCTION. THE ARMED AND UNARMED WILL SHARE IN THE CONSEQUENCE OF THEIR BREACH AND INACTIONS. THE CONFLICTS IN SYRIA AND COUNTRIES IN THE MIDDLE EAST ARE LIVING EXAMPLES FOR US TO LEARN.