February 10, 2016
LET US FIGHT THIS ROT TOGETHER... Written by Ononugbo Alfred 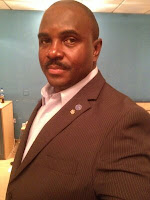 The Nation in the past few weeks have witnessed exprosures and disgusting narratives on the fraudulent distribution of Nigerian wealth. Worse still is the shameful act of stealing public funds in the name of funding political campaigns. The disastrous trend is that these so called funds were meant to purchase arms for the Nigerian soldiers engaged in battles with terrorists, provide infrastructures for economic development, provide drugs and equipments in our hospitals, schools and public establishments. This is just few examples of the corrupt practise of public and political office holders in collaboration with Commercial banks and shamefully the Central Bank of Nigeria. The act is not isolated but the public service is very well lubricated with seasoned criminal personels whose stock in trade is to facilitate the supplanting of the Nigerian public in the name of security votes and special funds portfolios.

It is probably unknown to Nigerians that most often when people get into the government, they questionably become financially rich and wealthy without evidence or records of investments and known history or sources for the acquired financial loots. If the present administration is to achieve meaningful result in the fight against corruption, the Banks must partner with the administration and provide authentic information to the anti corruption agency. The security services are also compromised as funds find their ways to surrogate accounts of proxies whose only duty is to front for public officers and assist them to evade detection and prosecution. Some of the security officers assigned to investigate corrupt practice are often beneficiaries of such sordid deals and therefore do not come up with substantial facts to prosecute the criminals If you assess the wealth of most public servants, you will be shocked that over 95% live above their income. For a person whose total monthly income is between 300,000 to 700,000 to live in a house worth 50 million built within four years of his or  her appointment as political officer, own fleets of exortic and expensive cars estimated at over 100 million, with his/her wards or children commanding financial portfolio worth hundreds of millions, without identifiable source of income is plain stealing and robbery. Unfortunately families are condoning this evil as a result of dwindling economic situations.Most family members are beneficiaries of such ill gotten wealth and only dares to speak out when they are directly affected and schemed out in the sharing formulas of the public loots. It is near impossible except of very few situations to find public servants with financial integrity.

public properties are increasingly being converted to private ownership under very subtle guise and cover of arm twisting against legitimate communities and authentic owners. Lands designated for public development often end up as private properties own by government political and senior public servants, We see opportunities in appointments as an avenue to acquire illicit wealth and steal public properties.

The present administration will be a great disappointment to Nigerians if they fail to apply punitive measures that must discourage fraud and stealing of public funds and diversion of government properties. There can be no justification for the crime of compromise and the oath of public services and undermining the moral values which entrenches honor and regards for public servants. The unfortunate thing is that while this goes on even in the civil services, the fear of falling out of favor and loosing the miger source or income and livelihood restrains government officials at all levels from opening up and challenging this trend.

We must fight corruption from our individual homes and refuse to accept the benefits of stolen public funds. It is this trend that made political appointment a do or die affair. It is the only system where funds flows and are no accounted for. It is a system where stealing s perfected by public officers whose sole duty is to find documents to cover the non executed jobs. Record show evidence of expenditure but facts and conscience knows that no jobs were done. In Nigeria today, receipts are not evidence of delivered jobs. Some individuals make a fortune just providing plain receipt booklets to public servants who uses them in retiring stolen funds to cover their crime, This is a common practice by most accountants in the public services.

It will take therefore true patriotic values to defeat the rot and decay in our society and stem the erosion of our values by corrupt and fraudulent practises.